Whilst scanning through some old photos I came across some shots of a Wigan subway I’d all but forgotten about.

A number of years ago now we were asked to supply easy-on anti-graffiti clear glaze to a company who were protecting a rural subway that ran under the A580 East Lancs Road.

When I first arrived it was a pretty typical scene – LOTS of graffiti, dirt and smoke damage adorned every wall and the whole place looked pretty unfriendly. I certainly wouldn’t have wanted to walk my dog through there during the late evening: 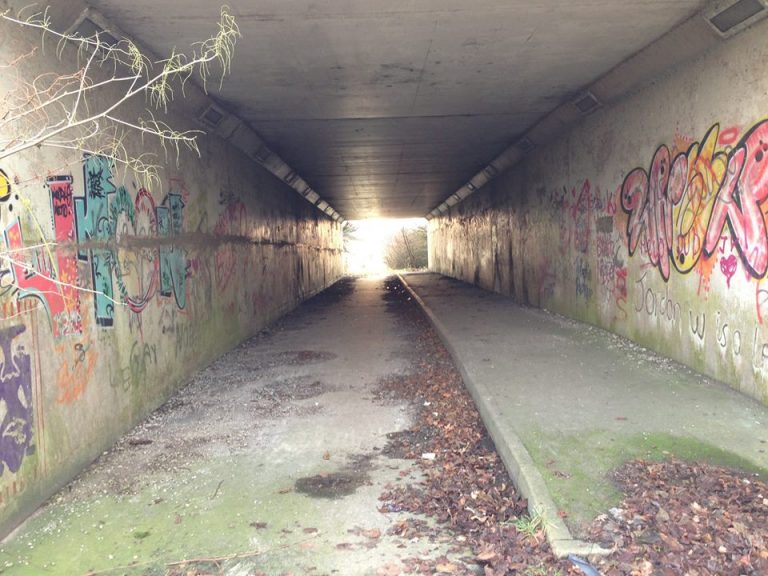 A580 Subway covered in Graffiti and Vandalism

The client (Wigan Highways) wished the contractor to “brighten up” the subway by painting it light grey then seal the surface with easy-on anti-graffiti clear glaze to protect it from future graffiti attacks.

So, off went the contractor went and purchased the very lightest grey he could find and we supplied the easy-on – delivered directly to the site office.

A few weeks later I was passing by and, as I often do, I thought I’d check in on the subway and see what it looked like following the improvement works…

Well…. the site that met my eyes was so bright and so vivid that I couldn’t help but smile: 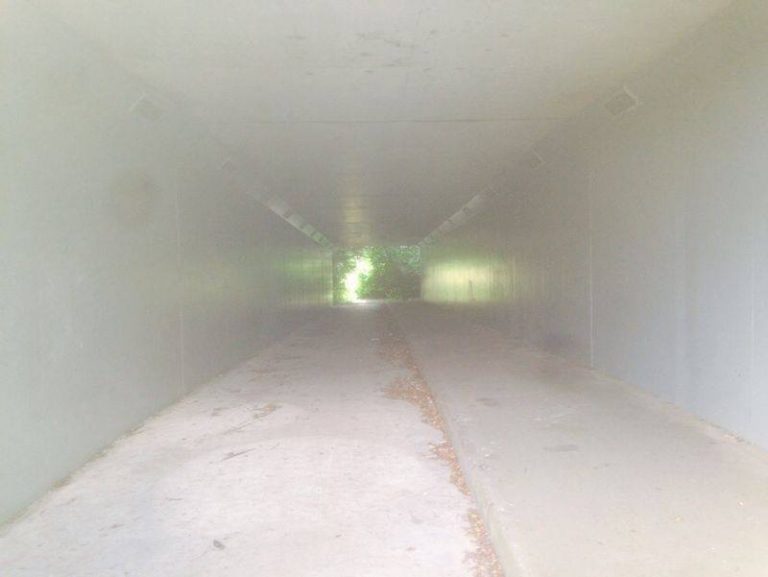 GONE – was the graffiti and feeling of dread as you walked through this subway! It had been replaced by a bright, light, graffiti-resistant passageway that positively gleamed at you from every direction. A complete world away from what it once was.

To the best of my knowledge, this subway is still being maintained and since the easy-on anti-graffiti finish will clean 1000’s of times over 20+ years this wonderful Wigan subway should stay sparkling for many more years to come.

We use cookies to ensure that we give you the best experience on our website. If you continue to use this site we will assume that you are happy with it.Ok