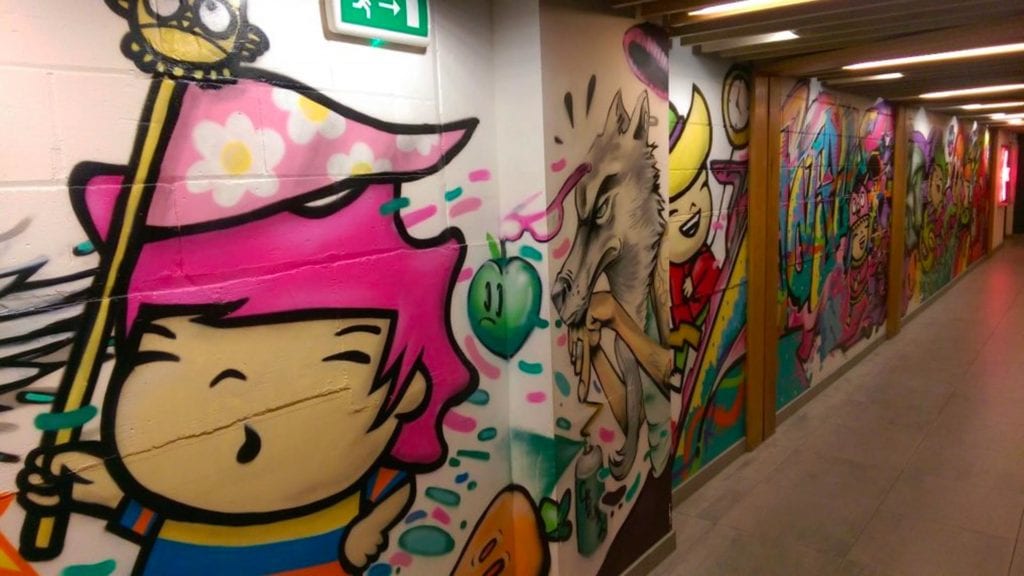 Having been in the anti-graffiti business for over 20-years now people who have just met me are often confused when I show my enthusiasm for a good graffiti mural. “You shouldn’t like it”, “I bet you can’t wait to remove that!” , “Oooo, THE ENEMY!” – I’ve heard all the comments. The truth is I really rather like graffiti art – you can’t not do when you’re treated to such a veritable feast on a daily business just doing your job. The fact is some of my best friends from growing up have become graffiti artists and one or two are doing extremely well for themselves too – maybe better than me! 🙂

When I hear negative comments or peoples surprise I explain my clear standpoint on graffiti art Vs graffiti vandalism – let me try and explain that here for you.

I see graffiti in general as miss-placed creativity – both graffiti artists and graffiti vandals use graffiti as a form of expression and that’s fine – you might just not want it on the side of your house!

Where a graffiti mural, piece, design or graffiti style street art is commissioned, by a community, company or private consumer, then that graffiti artwork’s creator is a graffiti artist. One assumes with a commissioned graffiti piece that due diligence has been done and those that will view the artwork will, by and large, appreciate it for what it is – Art!

Where a piece of graffiti is NOT commissioned but rather forced on a building owner and members of the community by the graffitist, then I consider that to be vandalism – however good the graffiti mural might be or talented the artist. Yes, that’s harsh, and it sometimes breaks my heart to see awesome graffiti being taken off walls – but you have to consider the greater public and especially the building or wall owner – if we let anyone post anything they wanted, wherever they want to, then I’m sure we’d be overrun with advertising – even more than we already are. Chaos!

Clearly, there are always one or two exceptions: Mr Banksy for instance – who has made the crossover from even graffiti art to high-art in many collectors minds, but for the most place, my reasoning stands.

Just as an aside – I often see graffiti artists making a similar differential too. It never fails to surprise me how many graffiti vandals will defile, tag and ruin, graffiti artists work!? Surely they understand (even better than I) the creativity, time, money and effort that goes into creating a mural on a building or a graffiti piece on a wall? So why then do they choose to tag over it? Maybe that’s the mentality of the vandal? I don’t know.

What I do know is, thanks to them, it has been Urban Hygiene’s pleasure to protect countless graffiti artworks, pieces of street art, murals and spray paint designs over the years and long may it continue.

If you’ve commissioned to produce a graffiti piece anytime soon, and you want it to last and any unwanted graffiti tagging or marker pen to be able to be removed then check out easy-on clear glaze – a clear 20-year life anti-graffiti gloss finish for your graffiti art that will protect it from UV, weathering and traffic film too.

PrevPreviousThoughts on the graffiti paint-out?
NextUrban Hygiene is expanding… Next 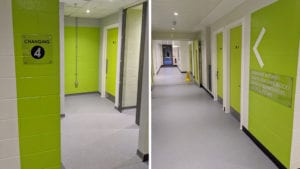 We would like to confirm to our customers that we are continuing to support all of our customers. Many Schools are understandably seizing these times 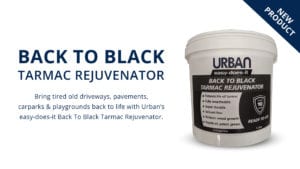 Ok, it’s not quite AC/DC but it’s still pretty exciting. We have just launched a fantastic new product that will restore your tarmac back to

Established in the 1990’s Urban Hygiene Ltd has expanded to serve more than 20 countries worldwide, from our distribution center in Doncaster, UK.

This website uses cookies to improve your experience while you navigate through the website. Out of these, the cookies that are categorized as necessary are stored on your browser as they are essential for the working of basic functionalities of the website. We also use third-party cookies that help us analyze and understand how you use this website. These cookies will be stored in your browser only with your consent. You also have the option to opt-out of these cookies. But opting out of some of these cookies may affect your browsing experience.
Necessary Always Enabled
Necessary cookies are absolutely essential for the website to function properly. This category only includes cookies that ensures basic functionalities and security features of the website. These cookies do not store any personal information.
Non-necessary
Any cookies that may not be particularly necessary for the website to function and is used specifically to collect user personal data via analytics, ads, other embedded contents are termed as non-necessary cookies. It is mandatory to procure user consent prior to running these cookies on your website.
SAVE & ACCEPT